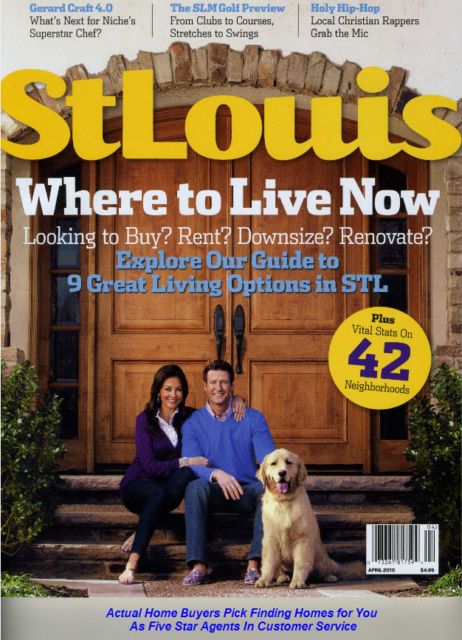 Mark, Alexis, and Sebastian Richert from Finding Homes for You, are now appearing in the April 2010 edition of St. Louis Magazine.  They were selected by actual home buyers and awarded the "5 Star Agent Award in Customer Service".  2010 was the fifth consecutive year that our agents have been voted into this elite group of St. Louis Real Estate Agents representing less than 7 per cent of the total agents in the area.

How 5 Star Agents are selected out of thousands of real estate agents
Press release: Finding Homes for You was the first real estate company in the St. Louis area to introduce location-based real estate search capabilities for mobile phones. MLS information delivered to your phone